The Beginning of My Tale

You read Buy What You Need, Not What’s On Sale so now you’re ready to hear the story of my home gym beginning. When I first started training at home, all I had were two 70lb dumbbells and a wooden box.  I had just started a new job and one of my coworkers asked me where I worked out.  After I explained that I trained next to my bed and described my equipment, he mentioned that he had some stuff I could have.  Apparently, he’d bought it a few Christmases before and never used it. Naturally, I agreed to take a look at what he had.  It turned out to be a small standard bench.

I’m Not Saying It Was Perfect

The uprights were too narrow but it had a leg extension and preacher curl bench attachment so I gladly took it.  The other things he gave me, an old rowing machine and some cement weights, I took to a local PlayItAgain Sports store and traded in for standard weights which I used to up the available pounds for the dumbbell handles I’d just bought from Wal-Mart.  That was the beginning. Everybody needs to clear out their garages and basements and as word spread that I was in the market for equipment, I soon became the default location for people who had stuff they wanted to be rid of but were too lazy to drive to Goodwill or PlayItAgain Sports. 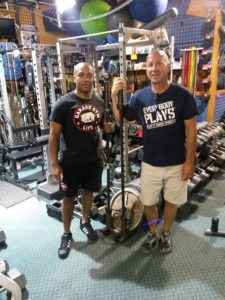 Granted, I got a lot of crappy, infomercial equipment this way

But I didn’t see it like that.  Everything I was given that I couldn’t use, I traded in at PlayItAgain Sports or put on Craigslist and used the cash for something I did want. I remember cheerfully paying $50 for a set of 30lb dumbbells, sixty pounds of cement weights, a standard sized straight bar, some pink aerobic weights and an old skier. I sold everything but the 30lb dumbbells for about $70 at PlayItAgain Sports. Well worth the drive. Especially when all I wanted were the dumbbells in the first place.

Learn How To Upgrade Strategically

I could tell more stories but you get the idea. Get comfortable on Craigslist in the free section, (you never know who’s throwing their ex husband’s weights out the door) and the sporting goods section.  Learn how much the PlayItAgain Sports in your three most visited places (work, home and church/bar/kids school) will pay for used equipment. Use that to your advantage as you buy stuff, this is a great way to pick up smaller pieces like extra plate and dumbbell weight.

(The other moral to this story is to let your family and friends know that you’re putting together a gym and that you wouldn’t mind exercise related gifts this year. You cut down on ugly ties that you won’t wear and you’ll get some cool stuff to use or sell.)

Stall Mats: A Need Not A Want 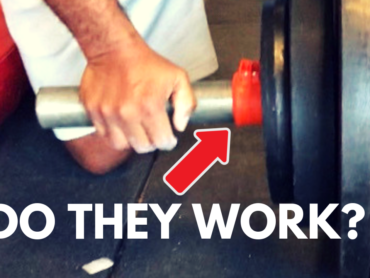 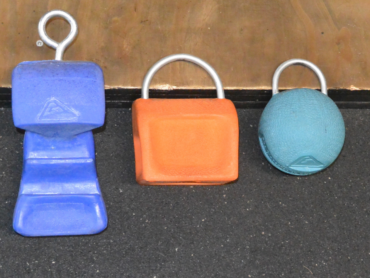 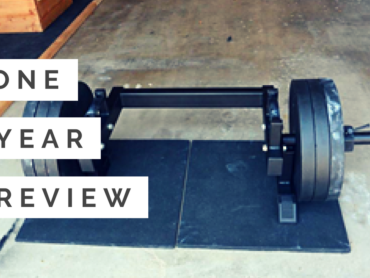 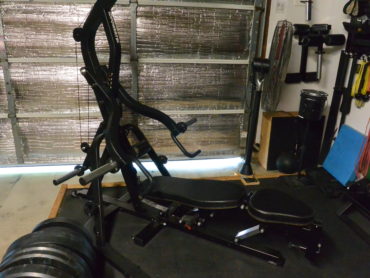