The garage gym business model for coaching is usually thought of as a stepping stone.  Good to start, but you want to move into a bigger facility as soon as you have the clientele to support it.  (note: This is the third post in the series about the benefits of using garage gyms. You can read parts 1 and 2 by following the links but this one stands on its own.)

When you’re starting out and cash is an issue, you might want to use your garage to avoid paying two sets of bills.  But as you grow, you’re going to be tempted to get a bigger place with more visibility.  More potential to attract walk in clientele.  That’s a bad idea for a number of reasons. Let’s talk about three.

When you train people in your house or even in a warehouse in the back of some rundown neighborhood, everyone who walks through your doors is there specifically to train to get better at their chosen sport. There’s mutual respect between the athletes and anyone who doesn’t uphold that can be asked to leave the team.

When you’re in a visible location, you have to deal with random people strolling in to rubberneck at your athletes.

Remember what squatting does to the female rear end?  Now imagine you’re next to a grocery store  and your female clients have to deal with unwanted attention from Non-Athletic Regular People as they arrive for or leave a training session dressed in yoga pants or booty shorts.  Granted your athletes aren’t from Mars.

They exist in our society so they’ve developed the ability to handle the attitudes of NARPs but you don’t want them thinking about that during training time. You want them focused on training. 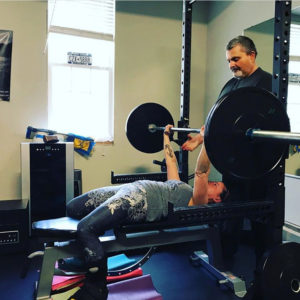 Tennis Balls In A Hallway Syndrome

What I mean by that is a successful team has a sense of community.  Community is tougher to build, the larger the space that your people exist in.  Jack Donovan describes in his book, The Way of Men the different unit sizes that we gravitate towards, 11 men in a military squad, the eleven on a soccer team, eleven on a football offensive or defensive squad.  Five on a basketball team.  You can be close with a few people not many.  Unfortunately, a large facility doesn’t look successful if you’ve only got eleven people in it.  Plus eleven people won’t pay enough to keep the lights on unless all of their names rhyme with Schwarzenegger. And if you’ve got one of them, you don’t need to read this article.  If you have too large a space, your team will look like a lone desert tortoise in the desert. I would have used a picture of tennis balls in a hallway but I couldn’t find one.  The point is too big a space makes a space seem empty until you add more people and then you risk losing your team identity and dilute the quality of coaching.  That’s my next point.

You know how high school teachers are always harping on the need for smaller class sizes?  There’s a good reason.  The more students in a class, the harder it is to teach them. I once taught a Marine Corps Martial Arts class to 100 Marines.  The techniques were at the basic level, but it still took quite a bit of repetition and a TON of walking around, correcting form before I felt any of them were ready to test.  The sad truth is in a Western culture, you’re dealing with a population that has lost touch with basic movement skills and they’ll need to rebuild some motor skills.  That’s including the kids.  That’s difficult enough when you’re in a small space and can see everything that’s going on.

Now you’re facing the same challenges that a high school strength coach does and your results are going to be similar. That is not good unless you have multiple assistant coaches to help 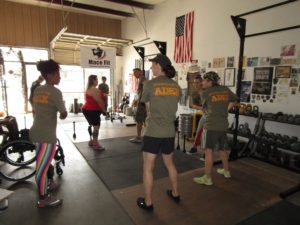 you.  If you do; well and good. But if you’re going from a small garage gym where you’re the only coach to a large facility you won’t have support staff until after you’ve generate the income to pay them.  You could always use volunteers but then you’ll have to work around their work schedules at their regular jobs which then limits the hours when you can have a large crowd along with your potential income.

My solution is to consider moving from a home based garage gym into a small space in a warehouse or business district.

That’s what Joe DeFranco did. He’s said in the past that he intentionally put his business where it’s difficult to find so his athletes stay focused.  I’d make the space relatively small and open and I’d make sure that I had a mix of paid and volunteer staff to make sure athletes are getting good supervision and feedback.  Yes, this may cost more but your facility will continue to maintain a reputation for high quality and a good training atmosphere even as it grows.  Once you grow past the capacity of that space, consider opening a second location rather than going bigger.

Group Training In Your Garage by John Greaves III 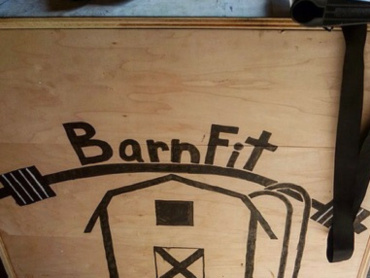 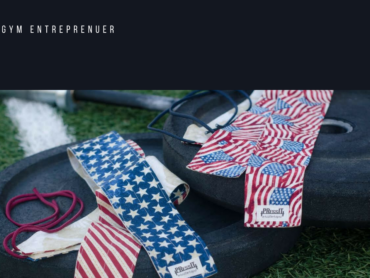 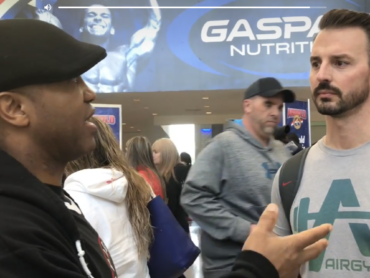 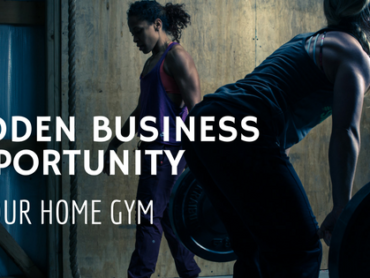